Abdul Ghani Khan, popularly known as a great poet of the Pashto language, was also a renowned Pashtun philosopher, a talented artist (painter and sculptor), writer and a politician of the 20th century. He was the eldest son of Abdul Ghaffar Khan (Bacha Khan), the icon of passive peaceful resistance in South- Asia, non-violence and Pashtoon nationalism.

Ghani Khan was well aware of the regional politics and was highly concerned about the political situation of the North West Frontier Province (NWFP) presently Khyber Pakhtunkhwa. His father being an icon of education for the Pashtoon nation made Ghani pursue education. He started his studies at the National School Peshawar followed by Azad School Utmanzai, and then Jamia Millia Delhi, and later on went to pursue his studies abroad to the UK.

While he was studying in England, his father, Bacha khan was arrested and put into prison by the British Indian government. Ghani was advised by his father to leave the United Kingdom. He went to the US and joined the Lousiana State University. Unfortunately due to financial crisis, Ghani was compelled to leave his studies incomplete and come back. He came back to  India in 1934 and resumed his studies at Shanti Niketan, the famous school founded by Rabindra Nath Tagore.

Ghani Khan supported the Pashtoon cause and worked alongside his father, the most noble freedom fighter of South Asia. The main aim of both father and son was to free the people from the foreign yoke and the utter struggle for freedom. The people were to liberate from the British Imperialism in South Asia. Ghani Khan, although spent most of his time in the struggle for freedom yet one is amazed to see Ghani Khan’s admiration for nature. His respect for the Pashtoon code of life is evident in his poetry and writings.

Prof. Sayed Wiqar Ali recently wrote an authentic biographical account of Ghani Khan. He provided details of his life and times. Prof. Shah is a pioneer to publish research in the Khudai Khidmatgar movement, Bacha Khan and the then regional politics during the first half of the twentieth century.

Dr. Shah is lucky in meeting Bacha Khan and all his three sons i.e. Abdul Ghani Khan, Abdul Wali Khan and Abdul Ali Khan. He interviewed both Ghani Khan and Wali Khan numerable times and is keeping their recorded interviews in his personal collection. Dr. Shah is proud of his close association with Ghani Khan who always treated him like a family member. Ghani Khan left a permanent imprint in Prof. Shah’s life and it is reflected in his daily routine. 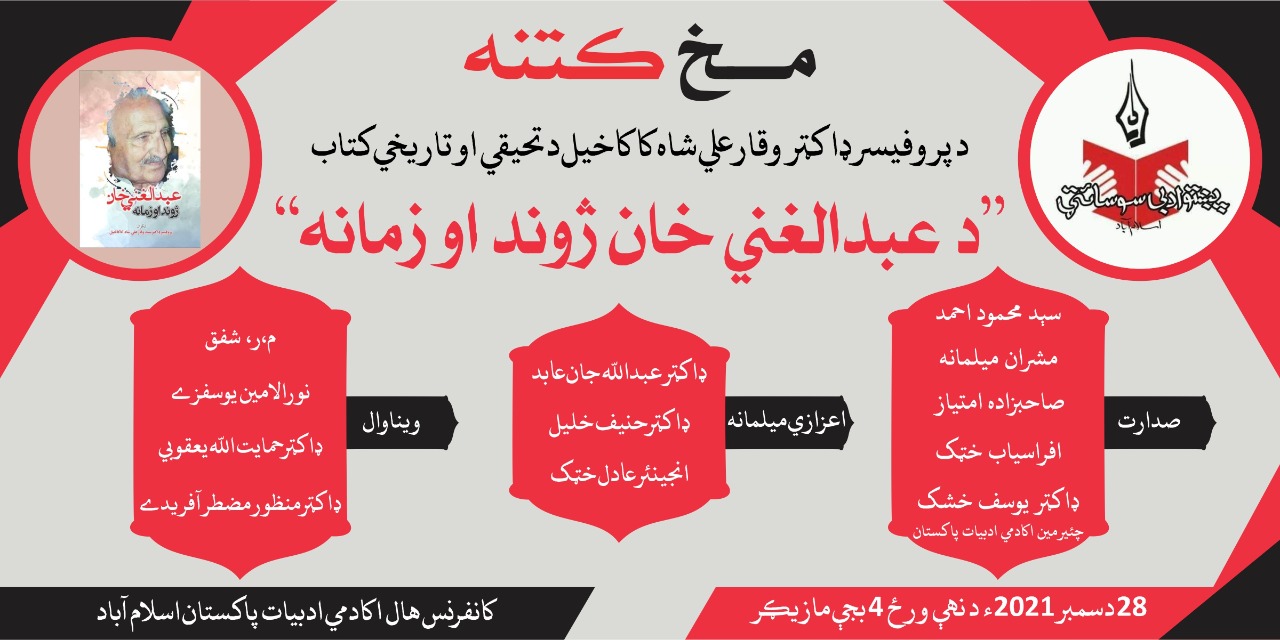