His expertise is upon the contemporary developments in Pakistan and neighboring Afghanistan, concerns which he has brought to bear in his teaching as the Allama Iqbal Professor at the SAI since September 2009. 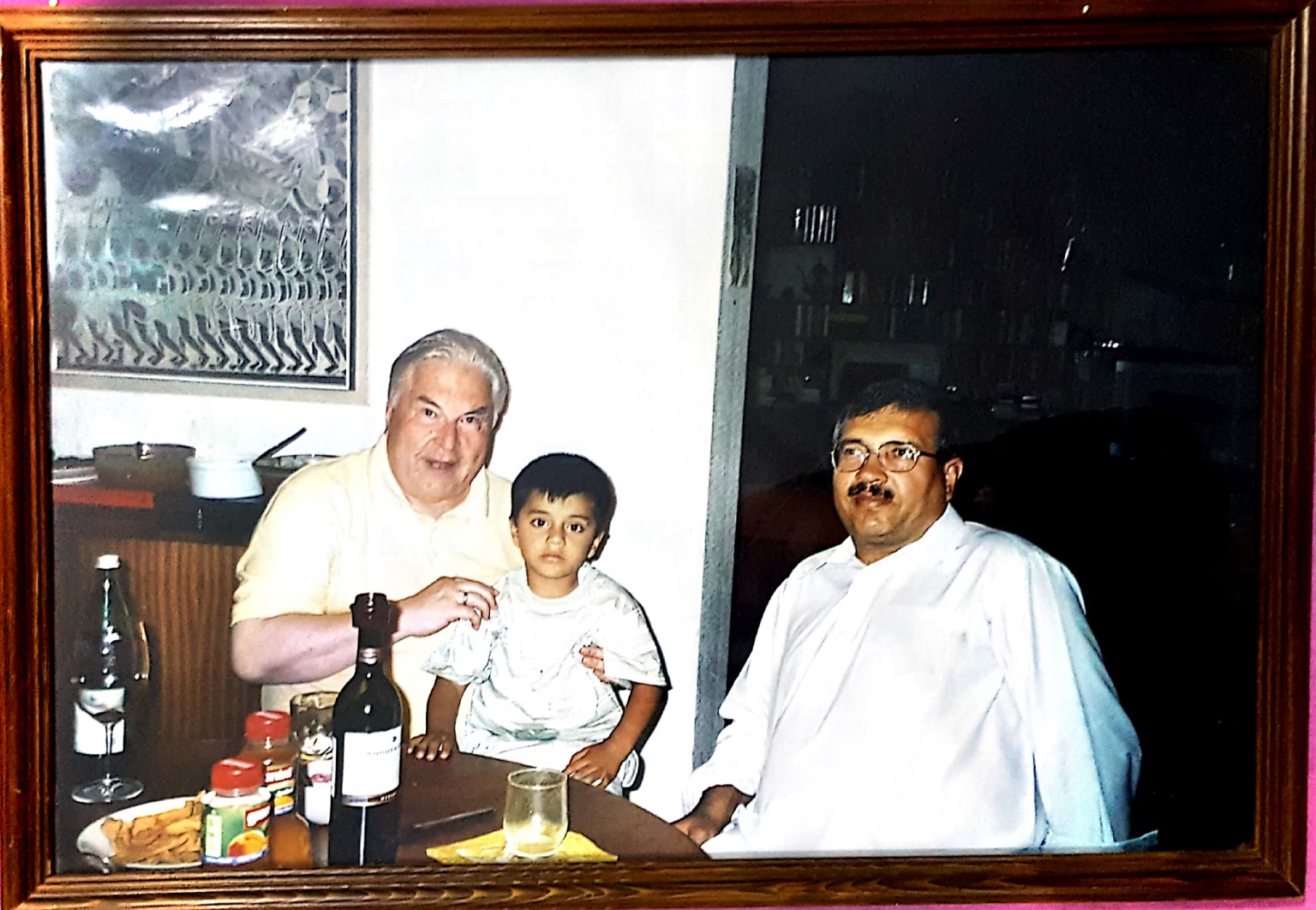 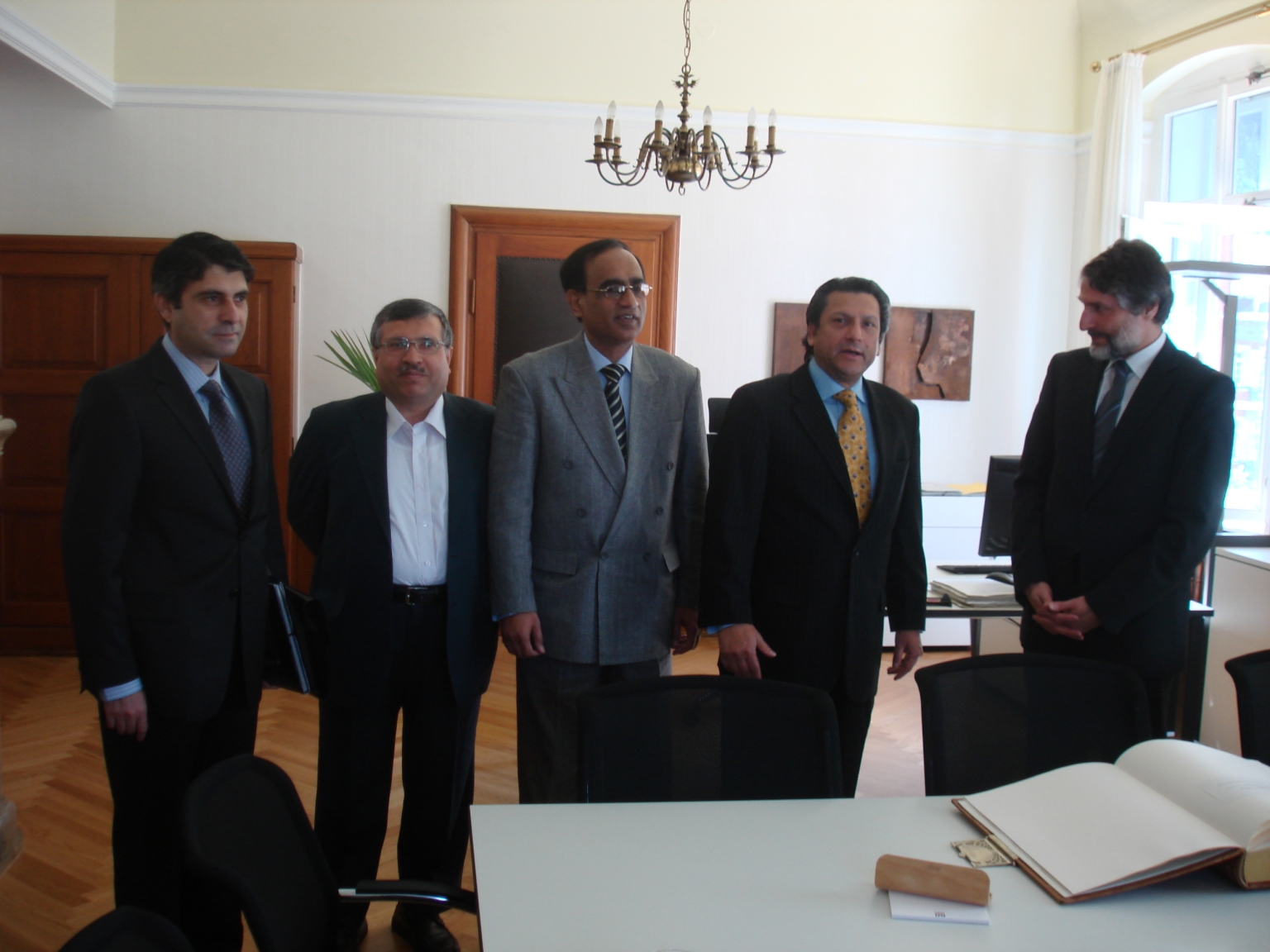 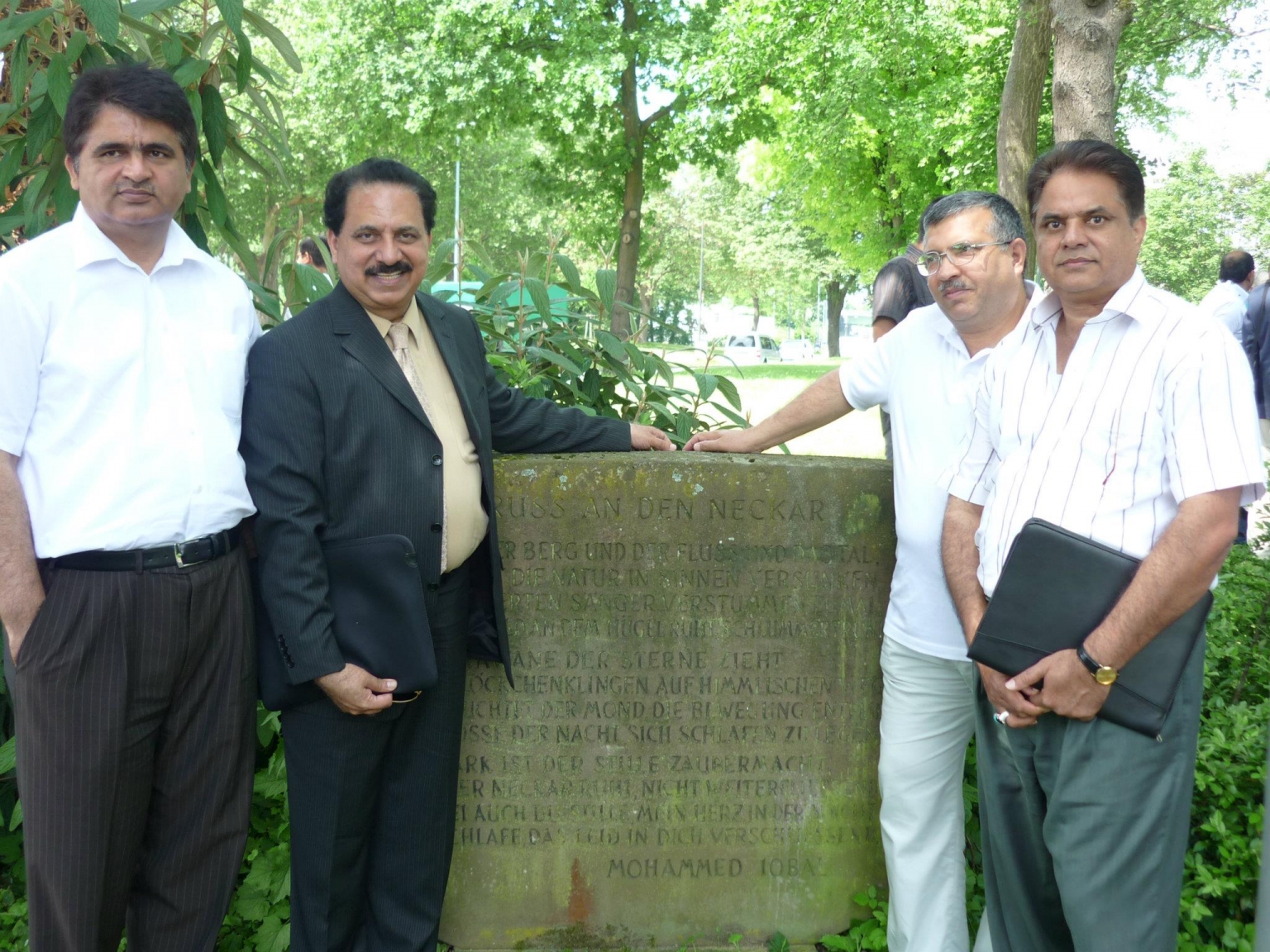 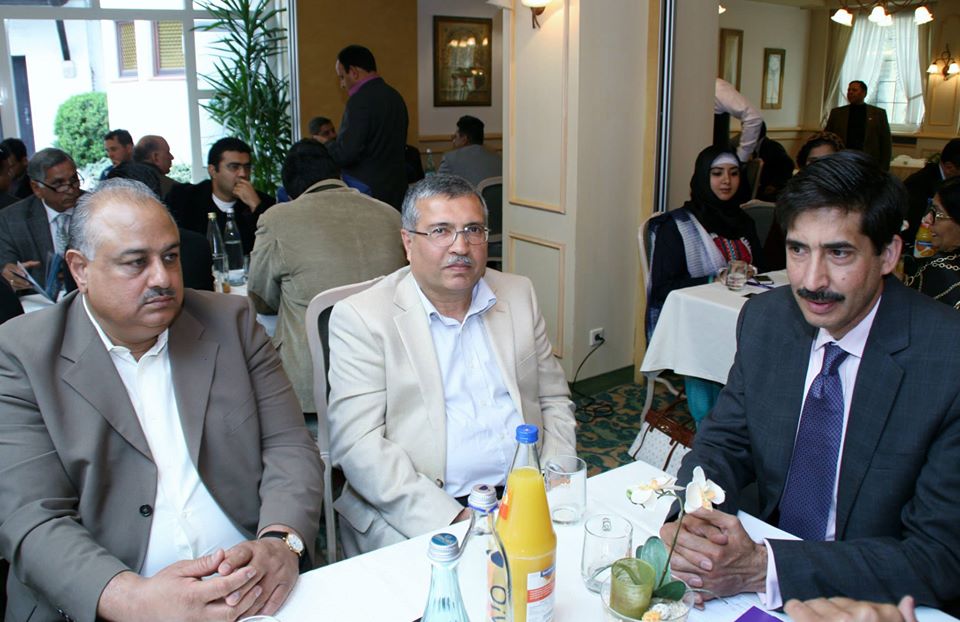 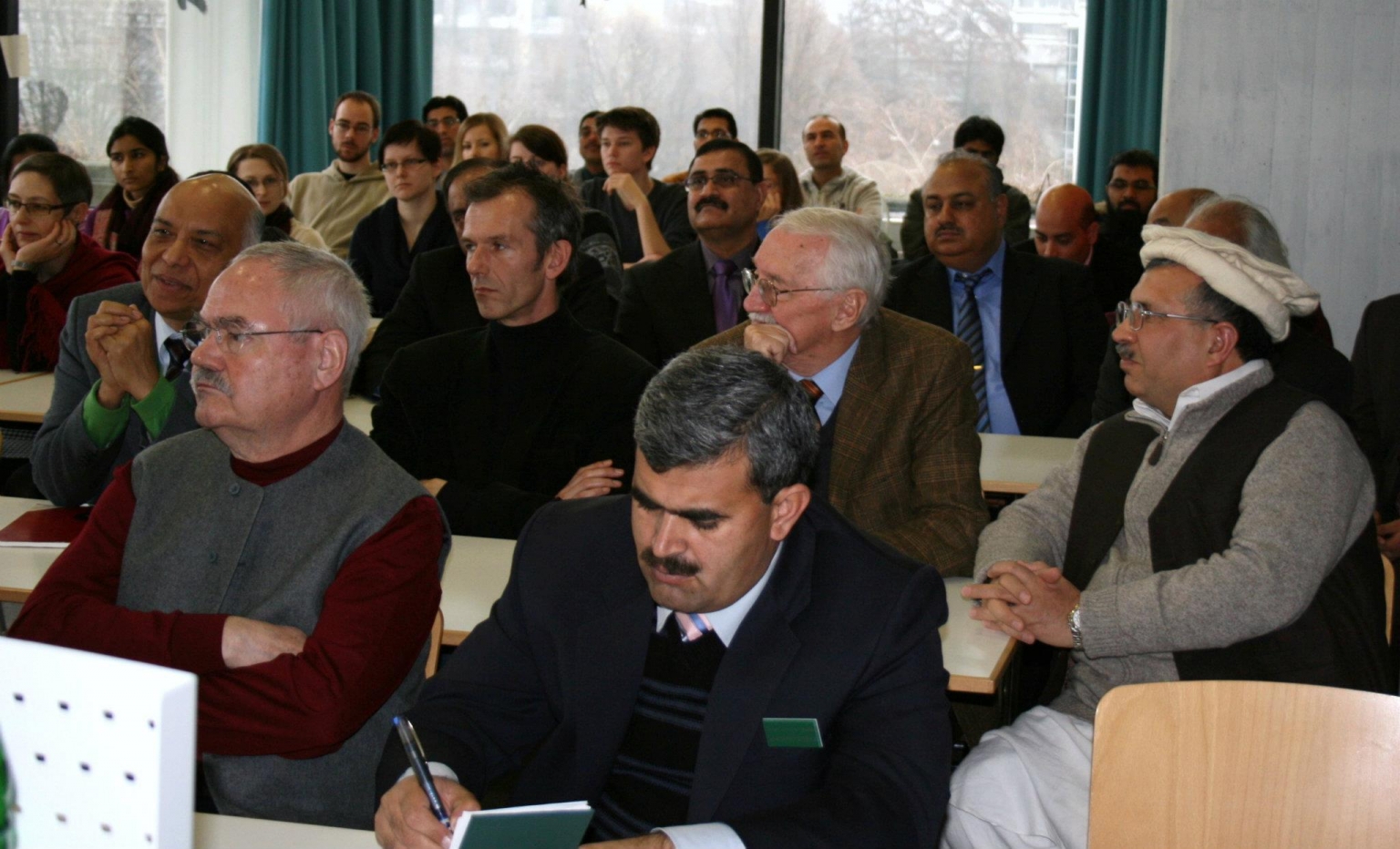 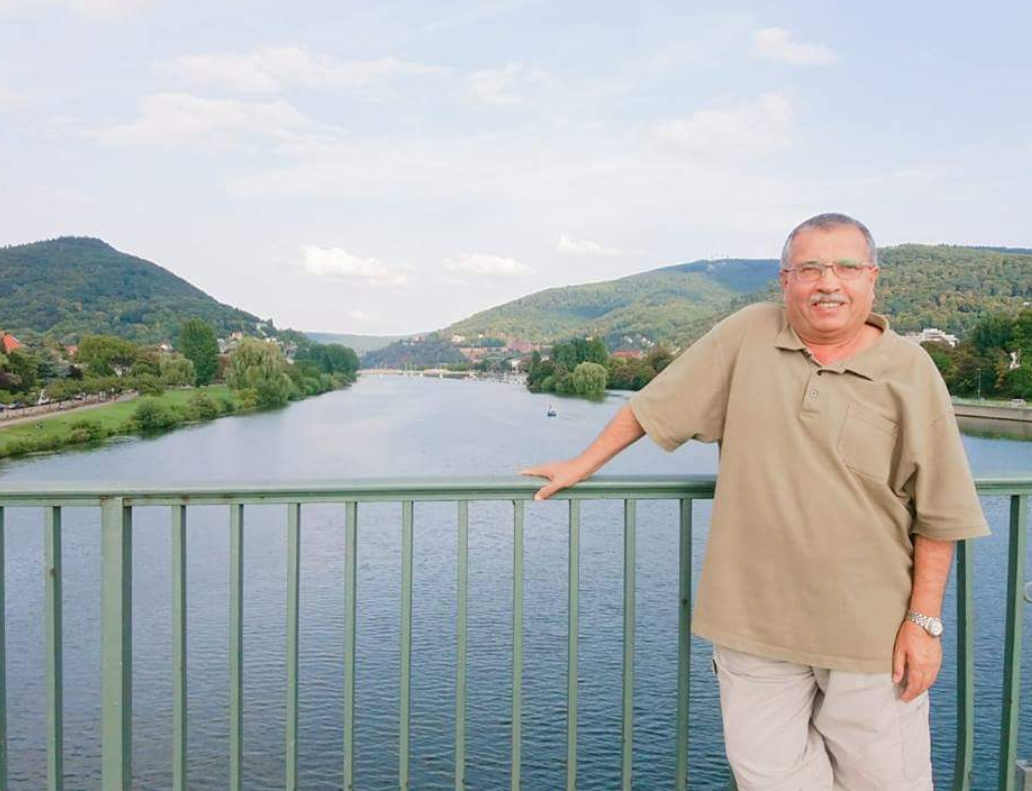 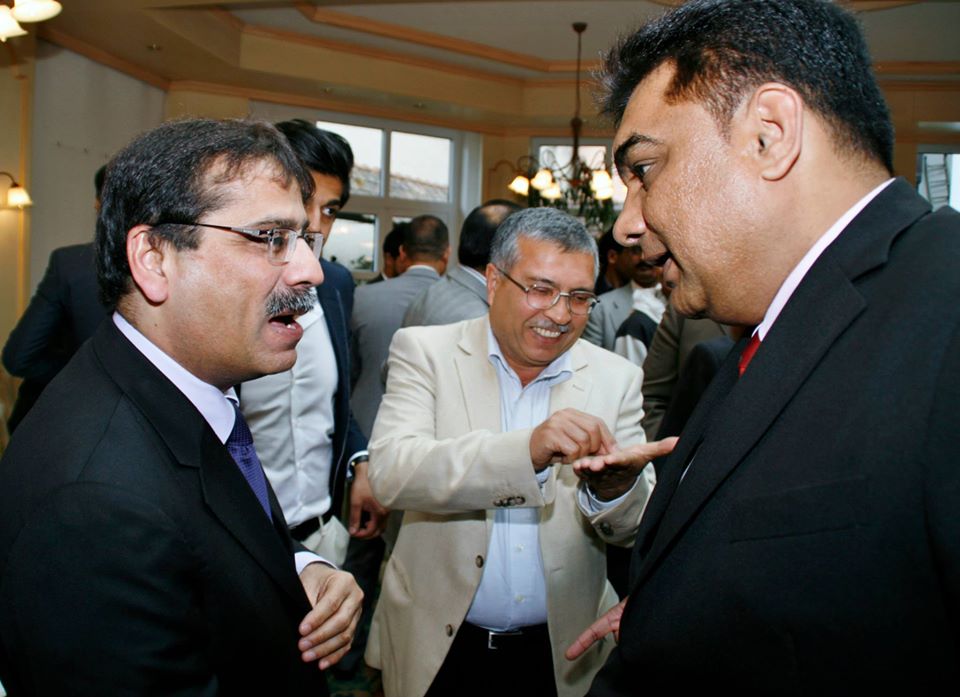 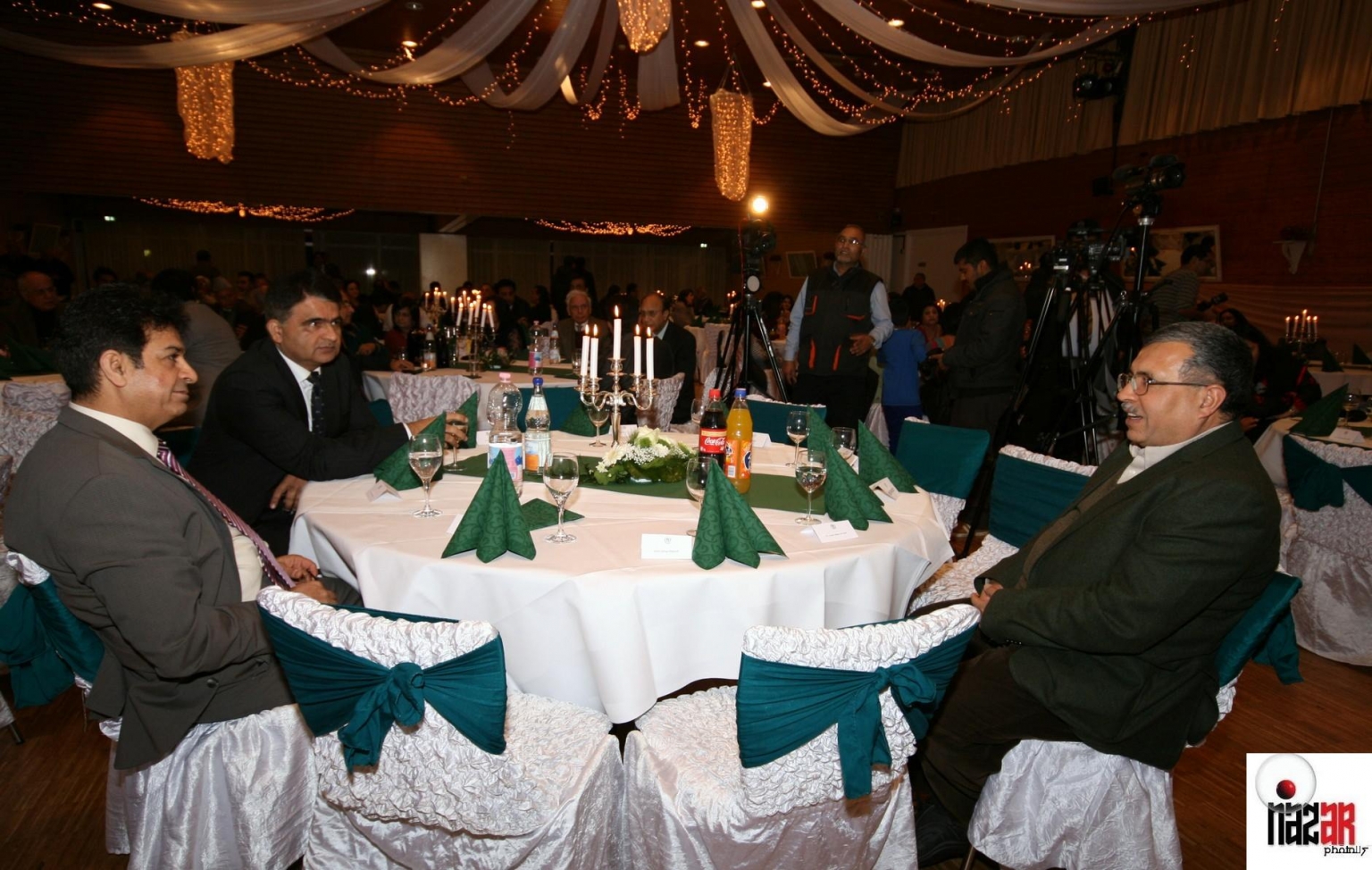 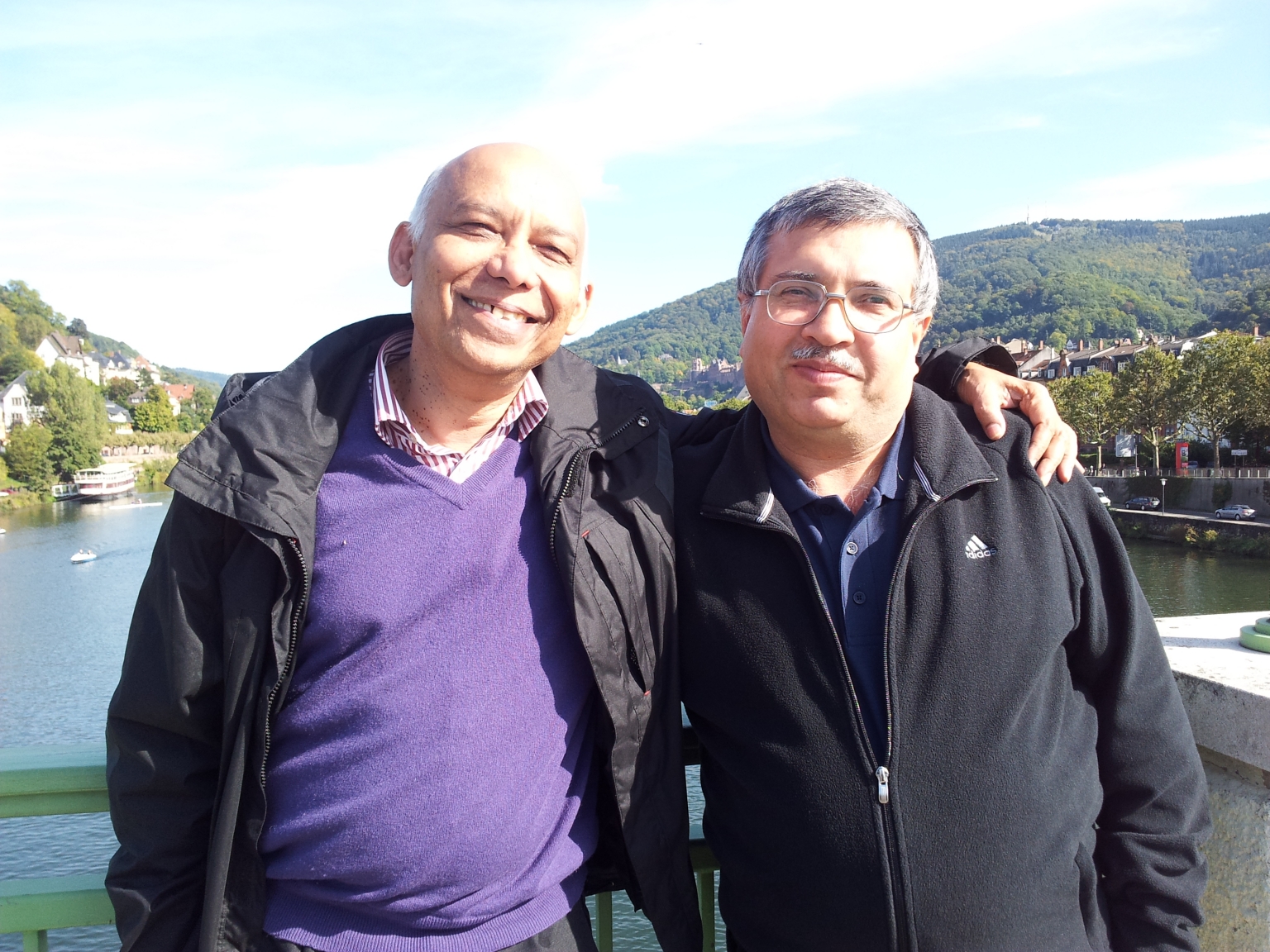 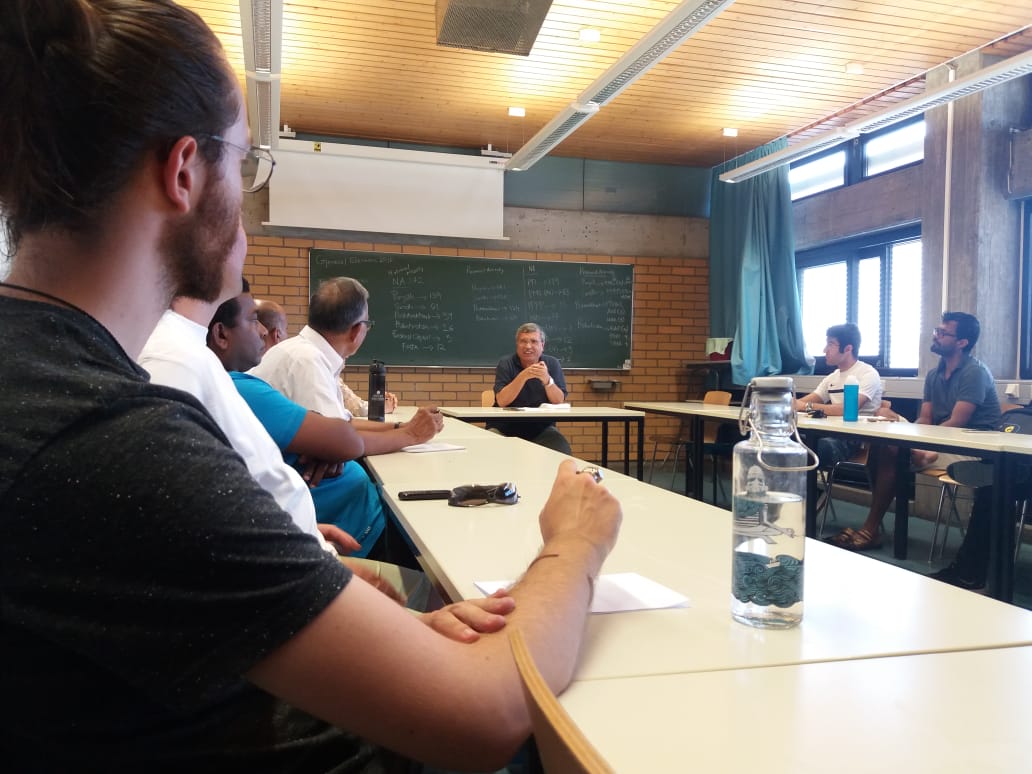 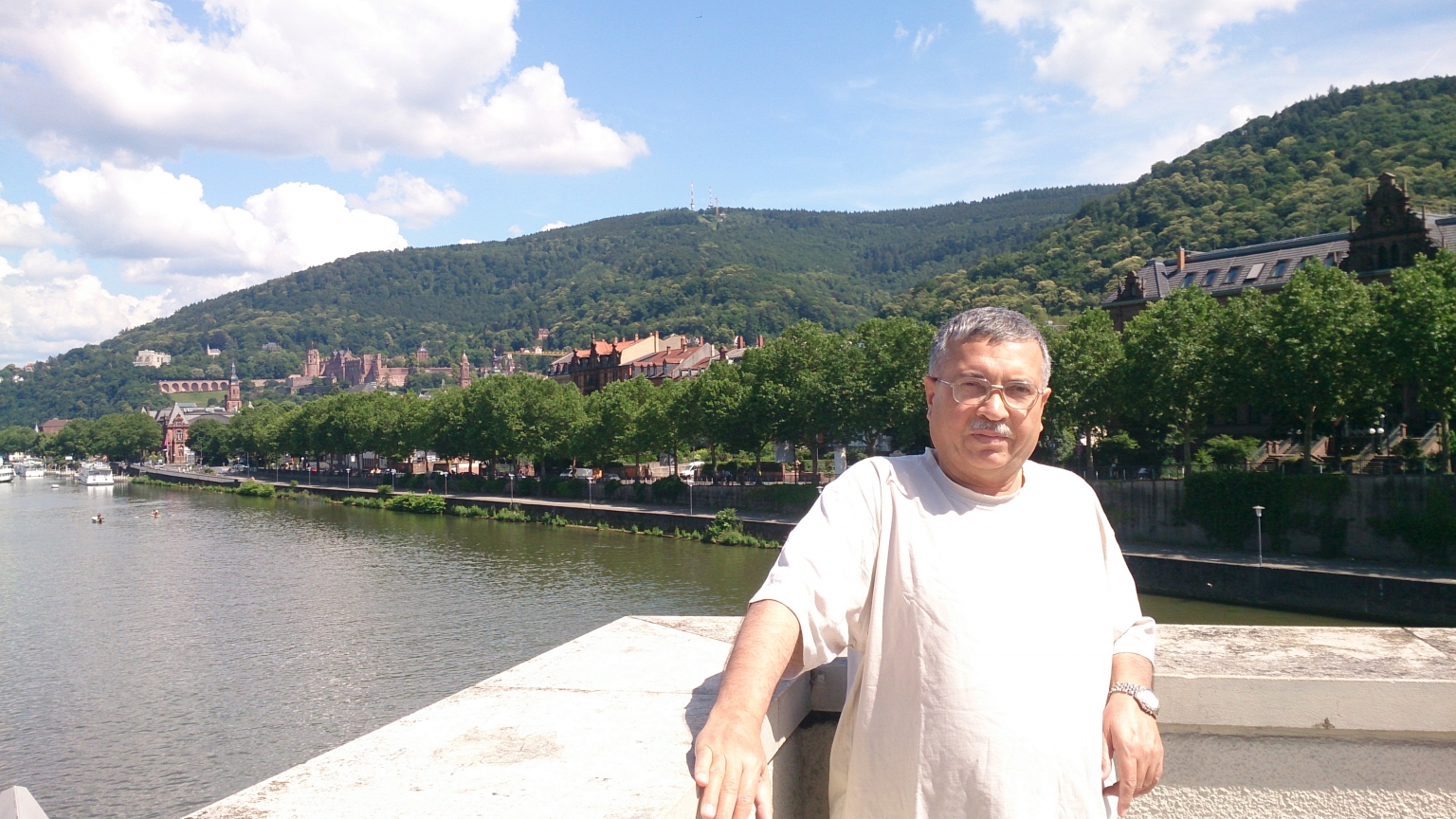 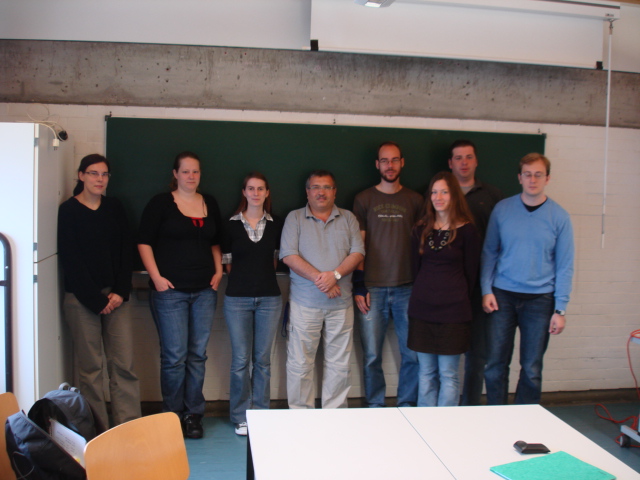 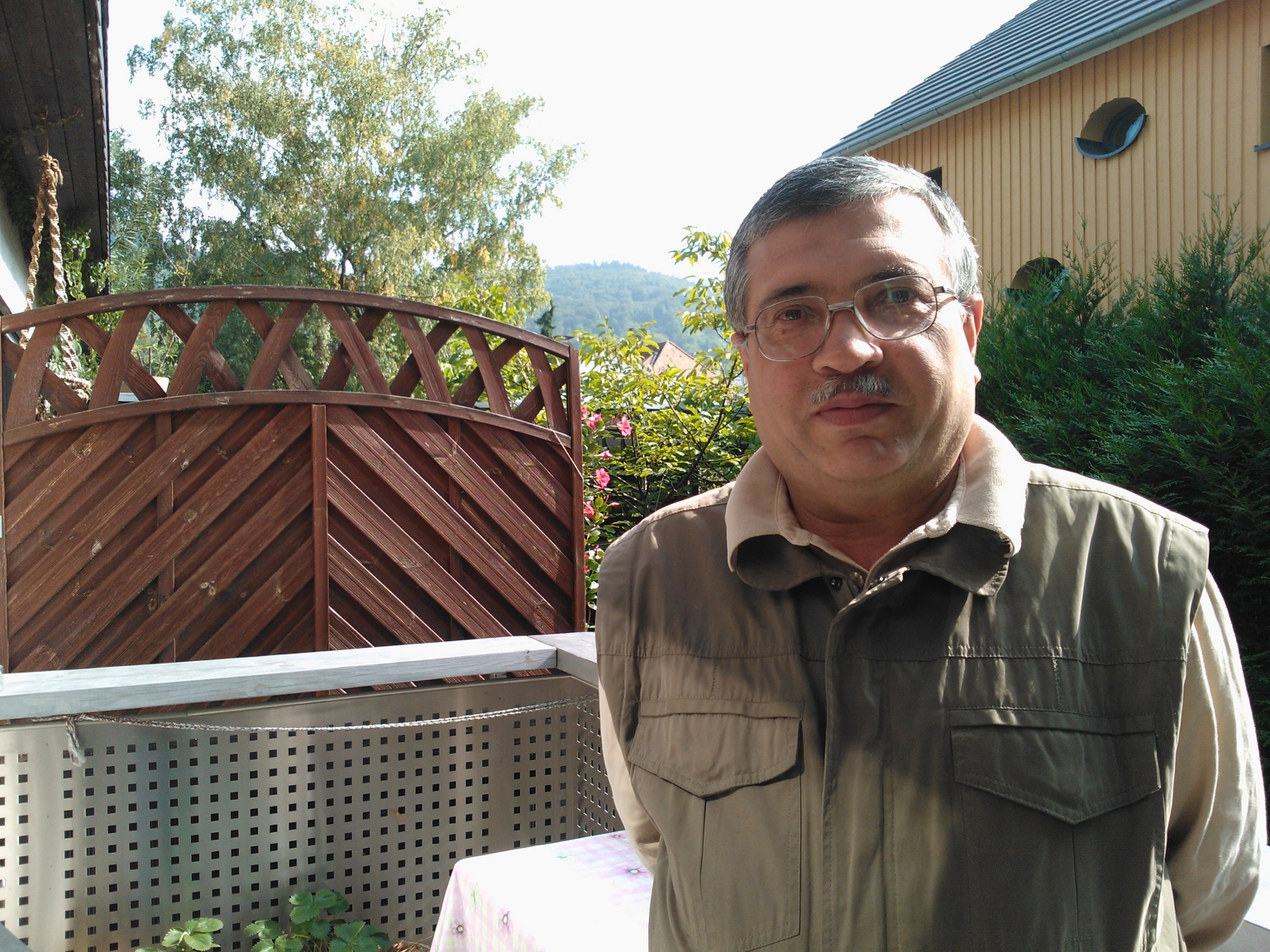 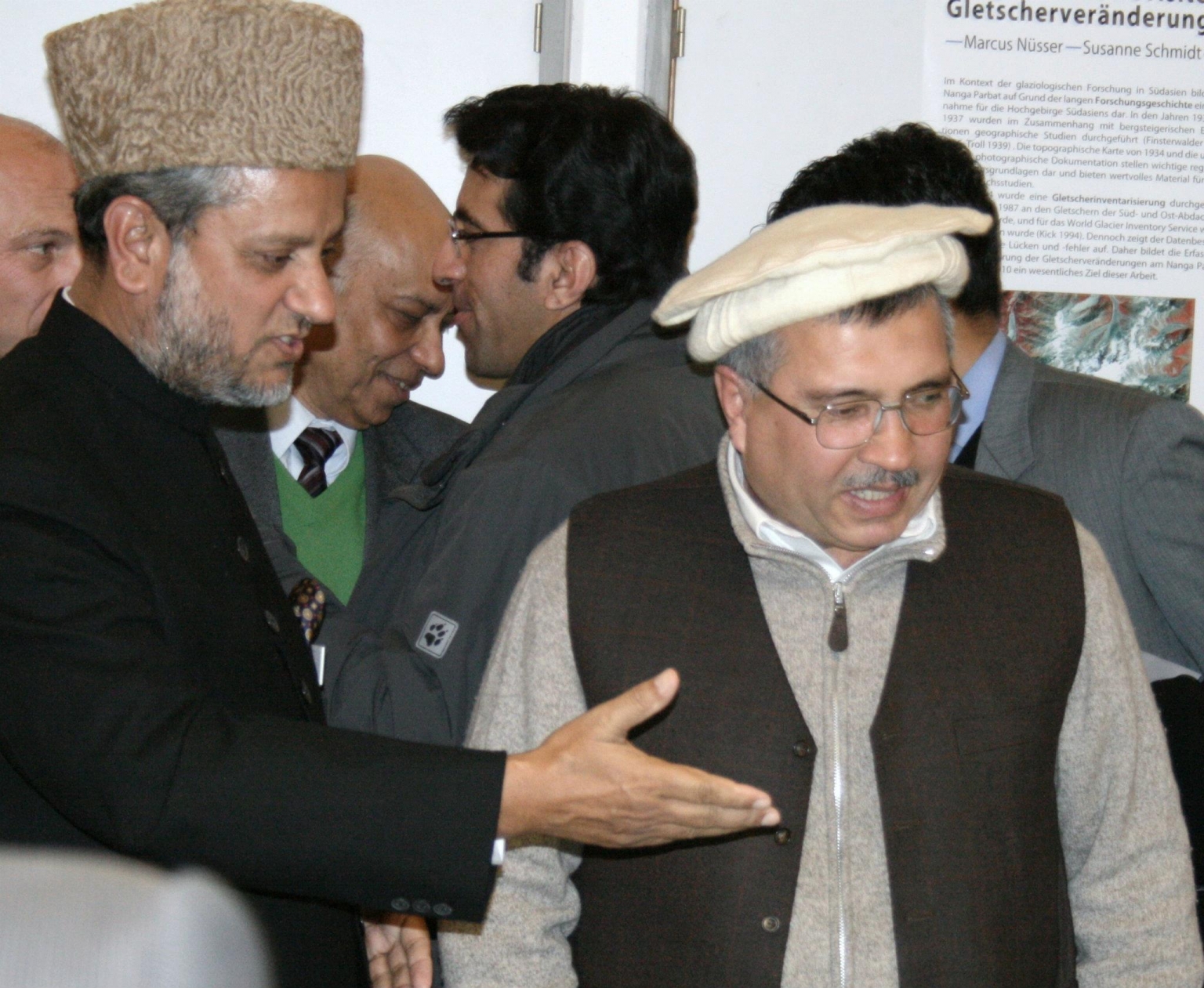 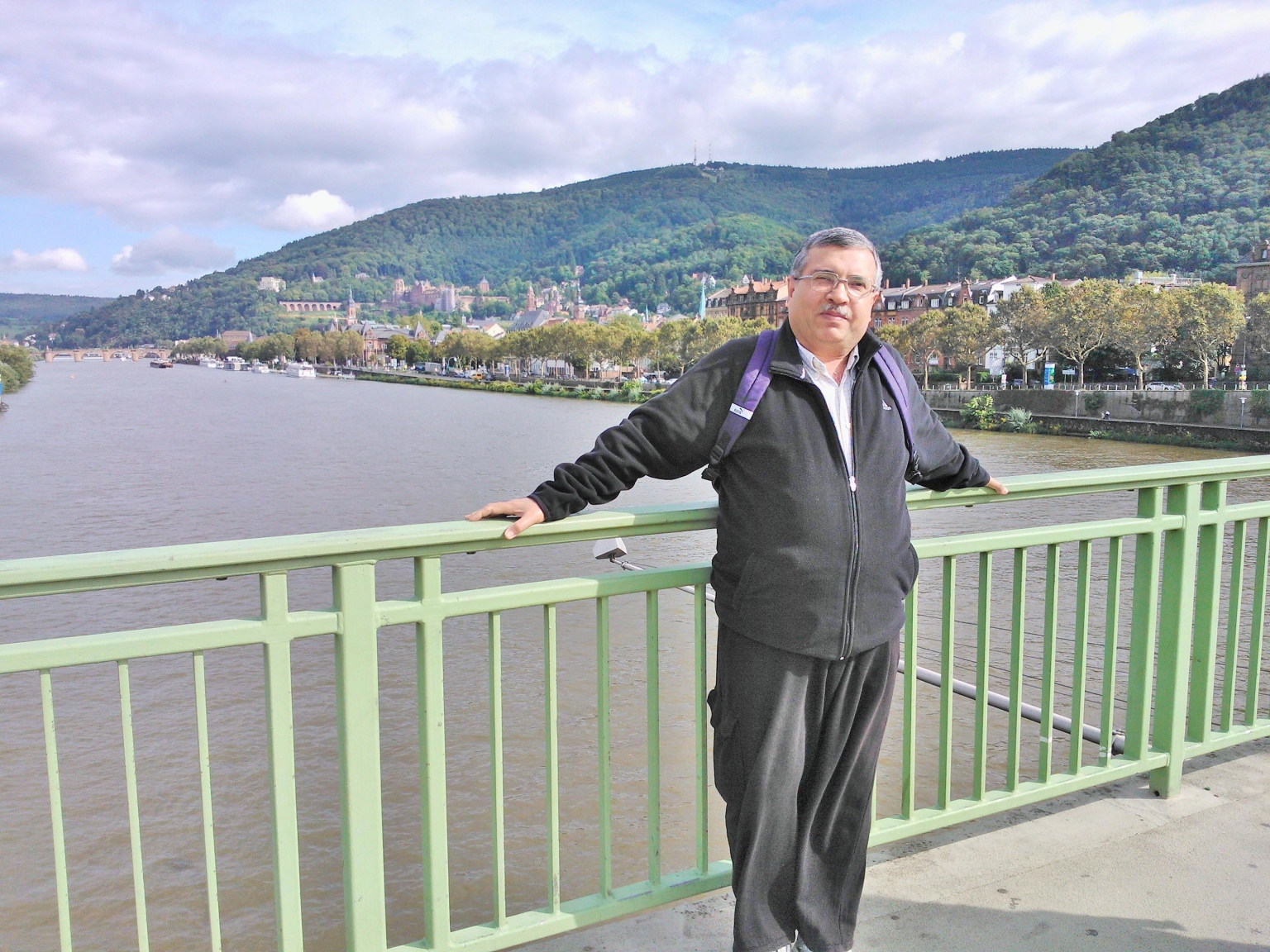 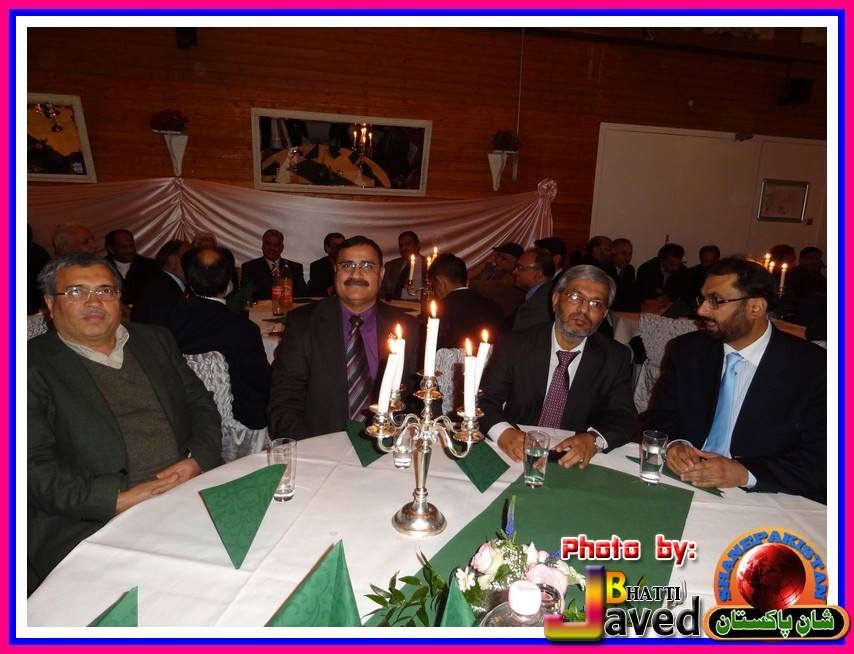 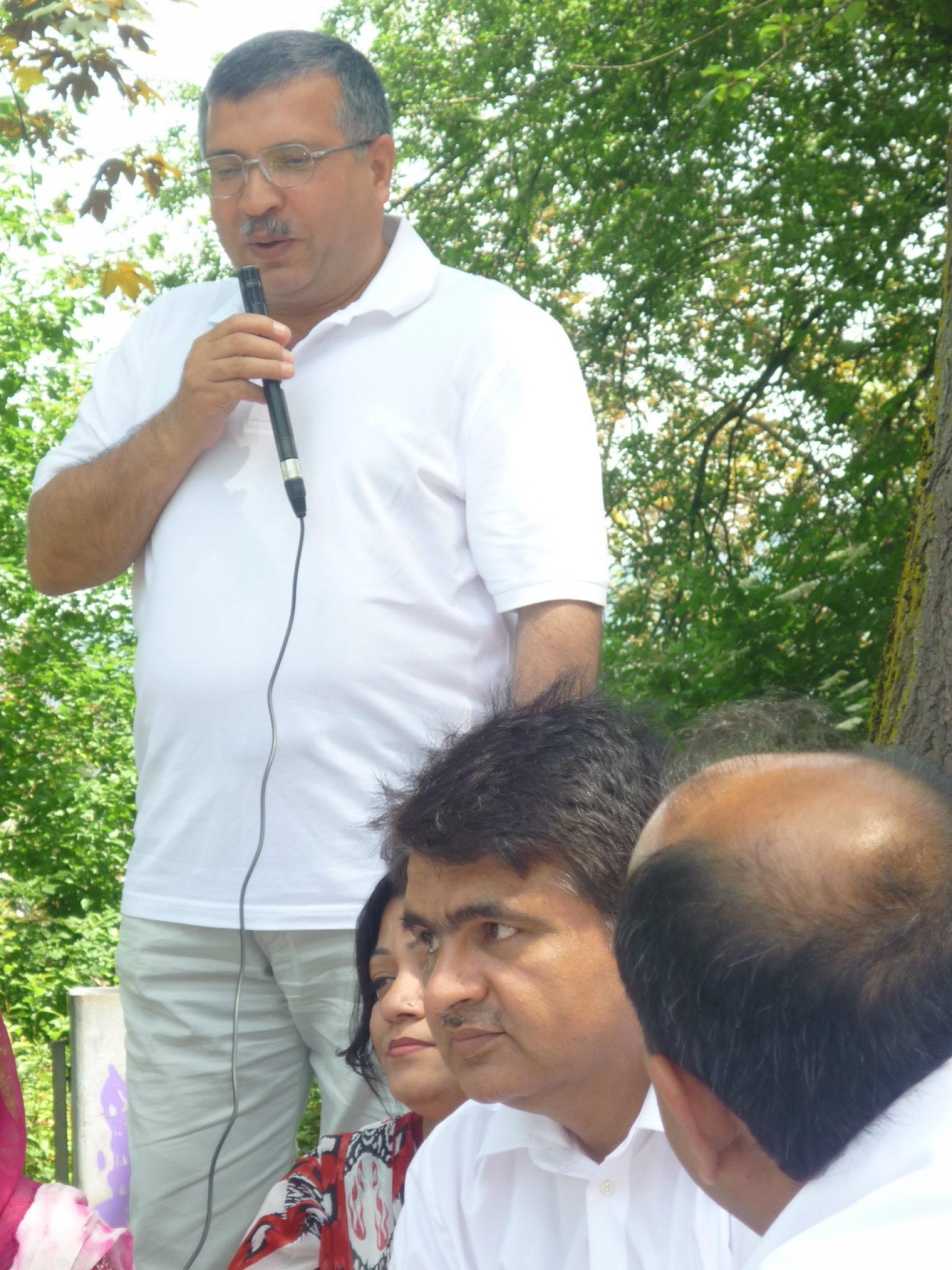 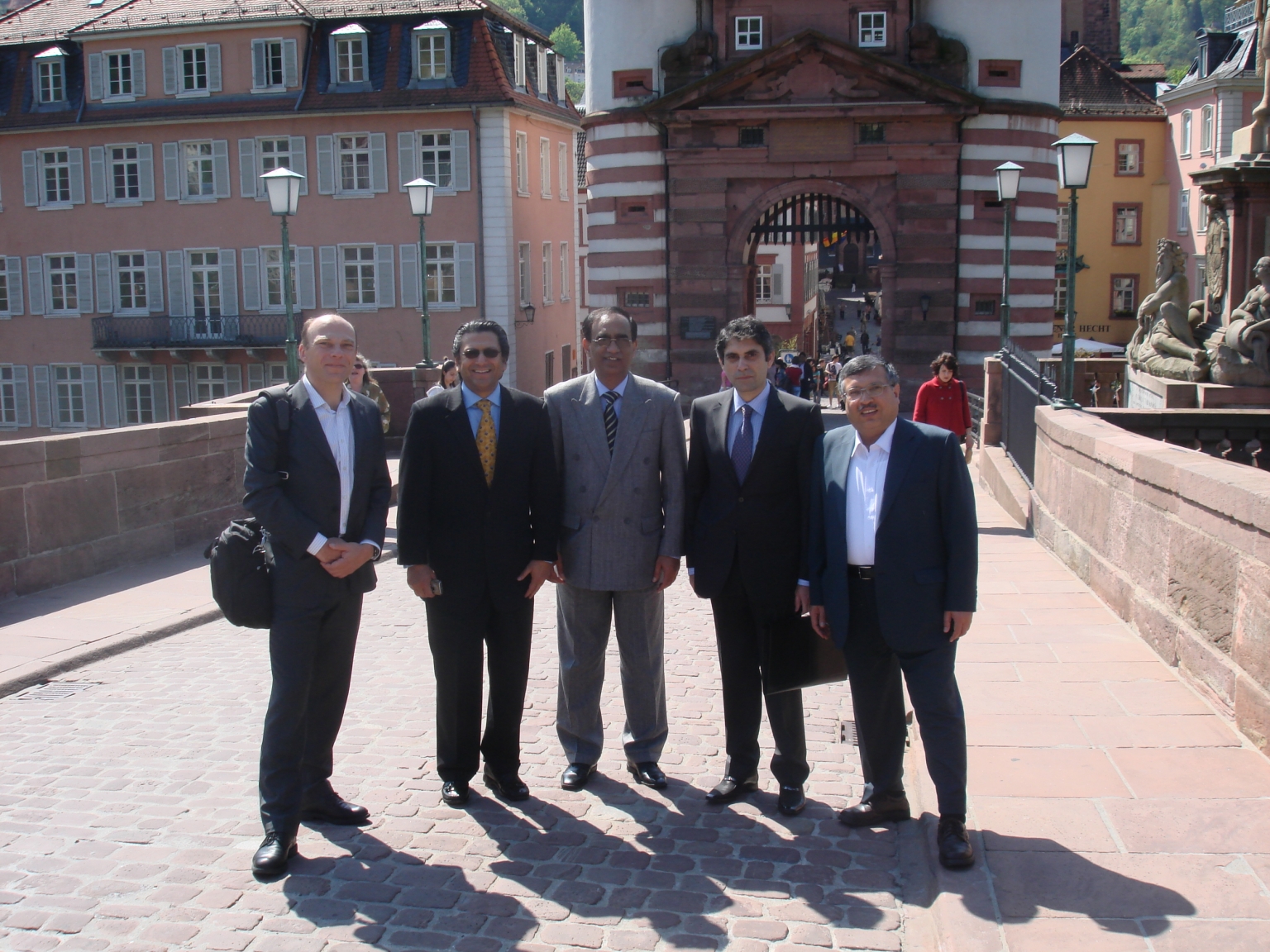 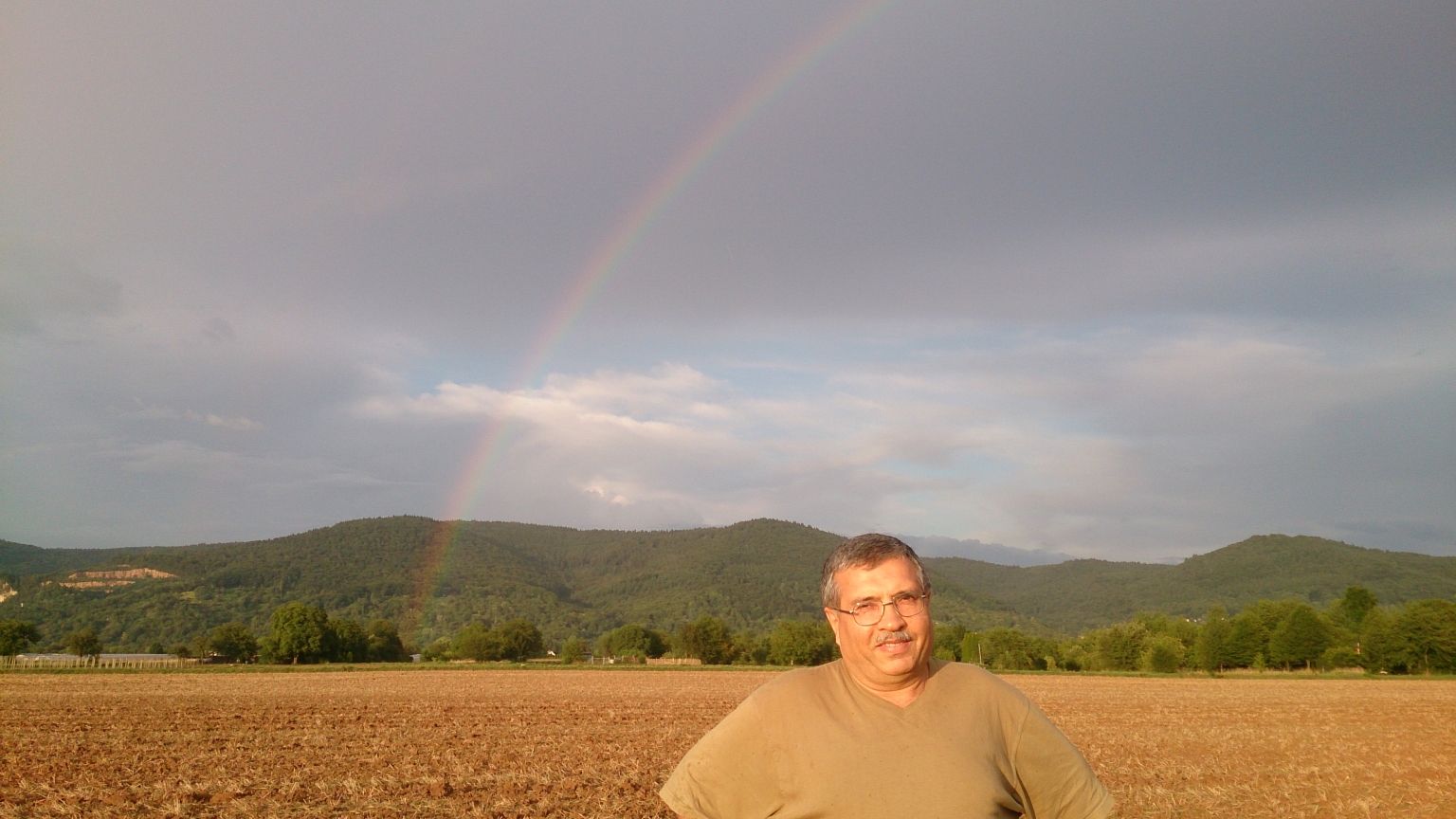 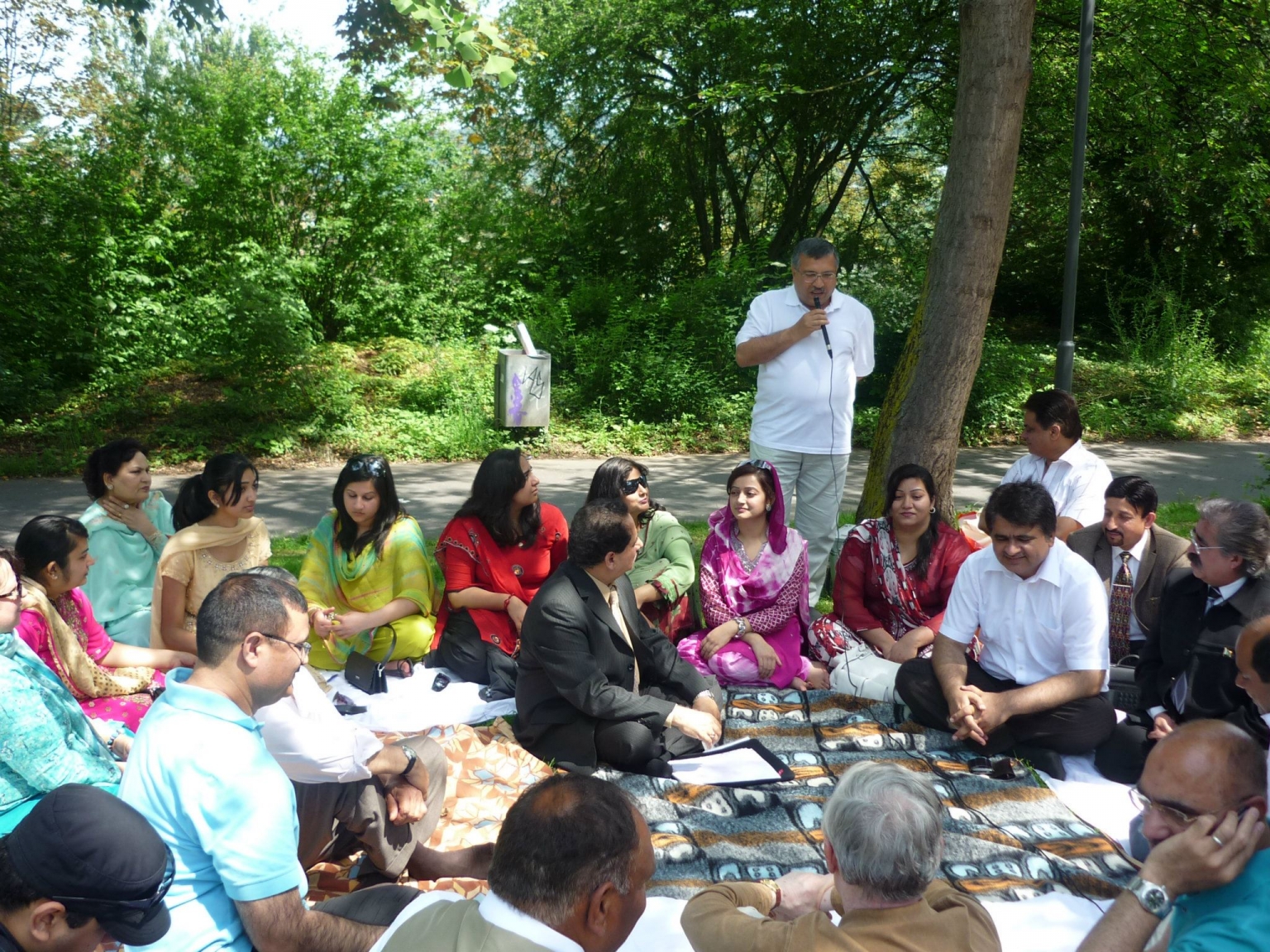 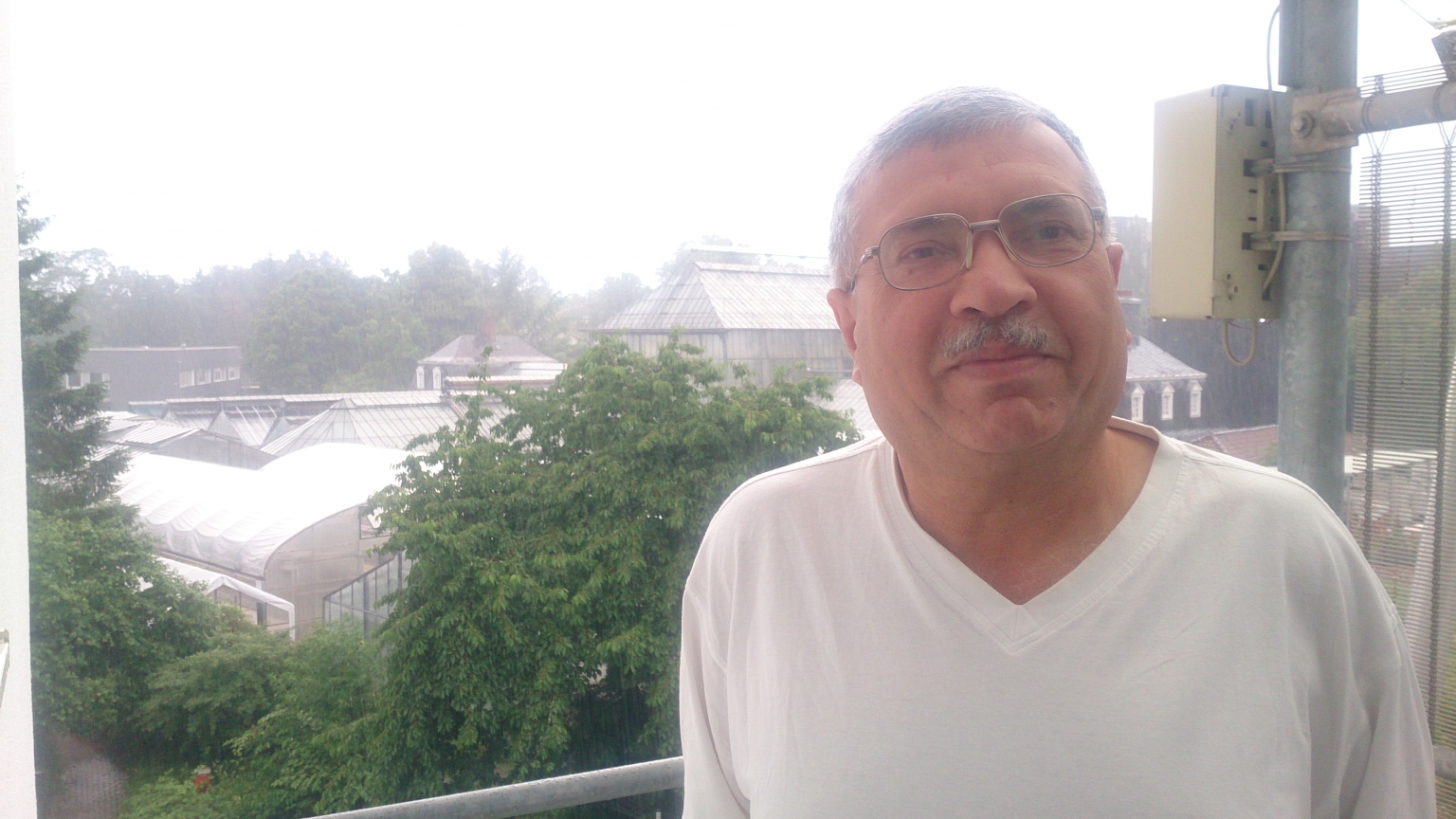 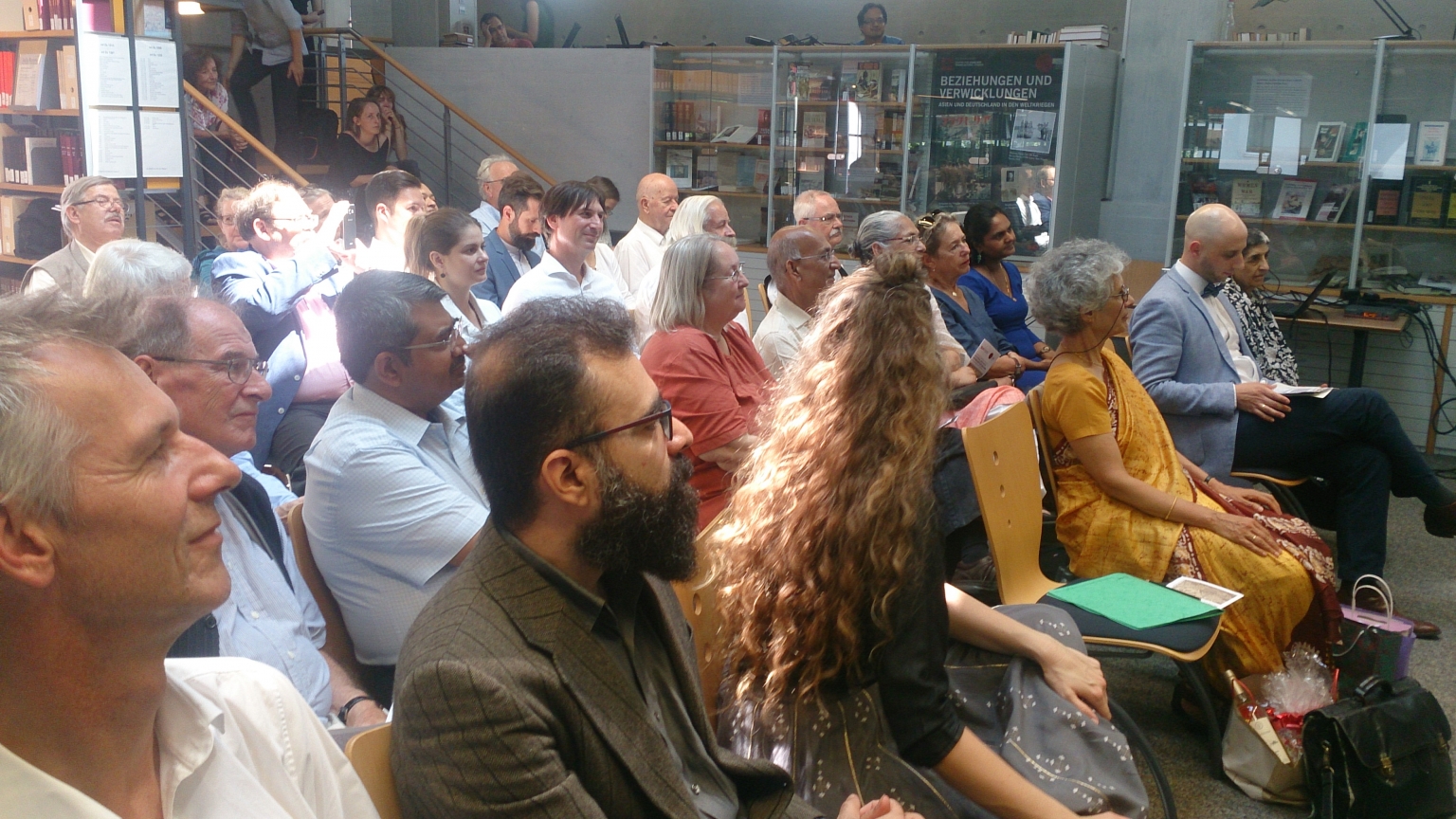 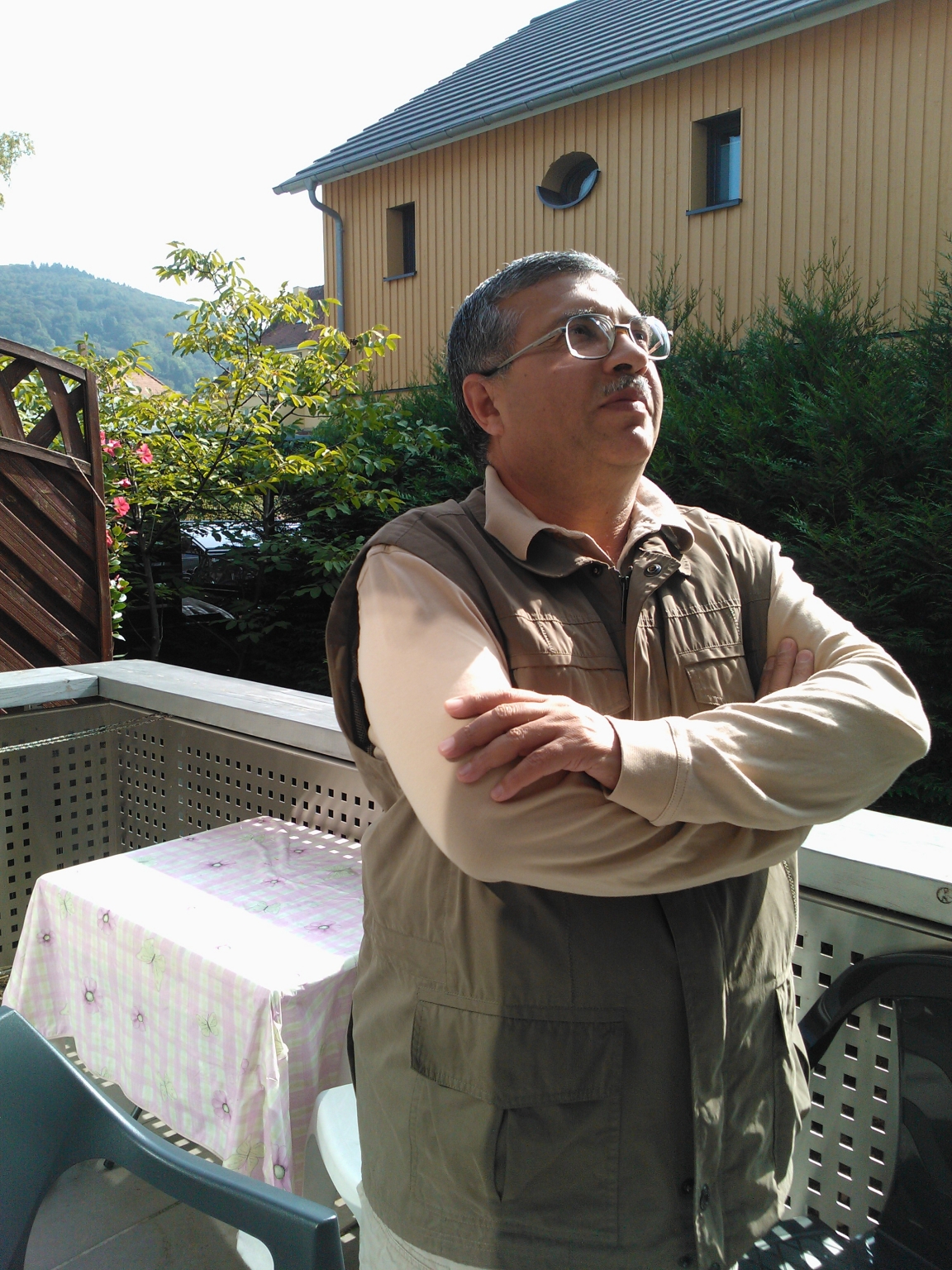 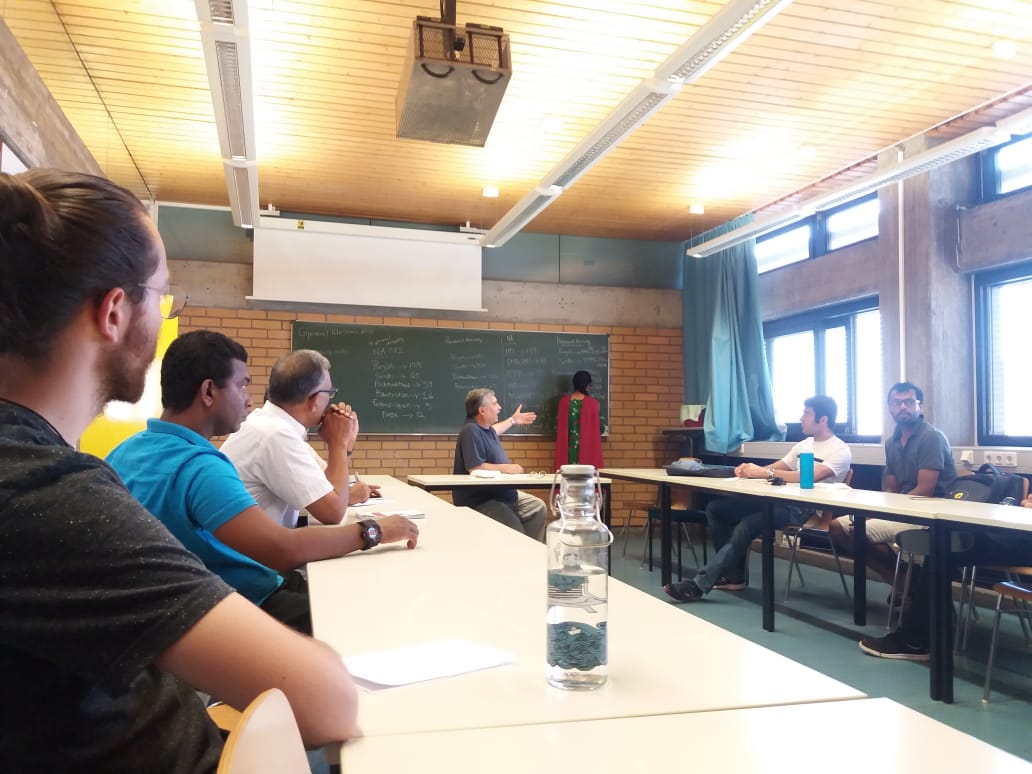 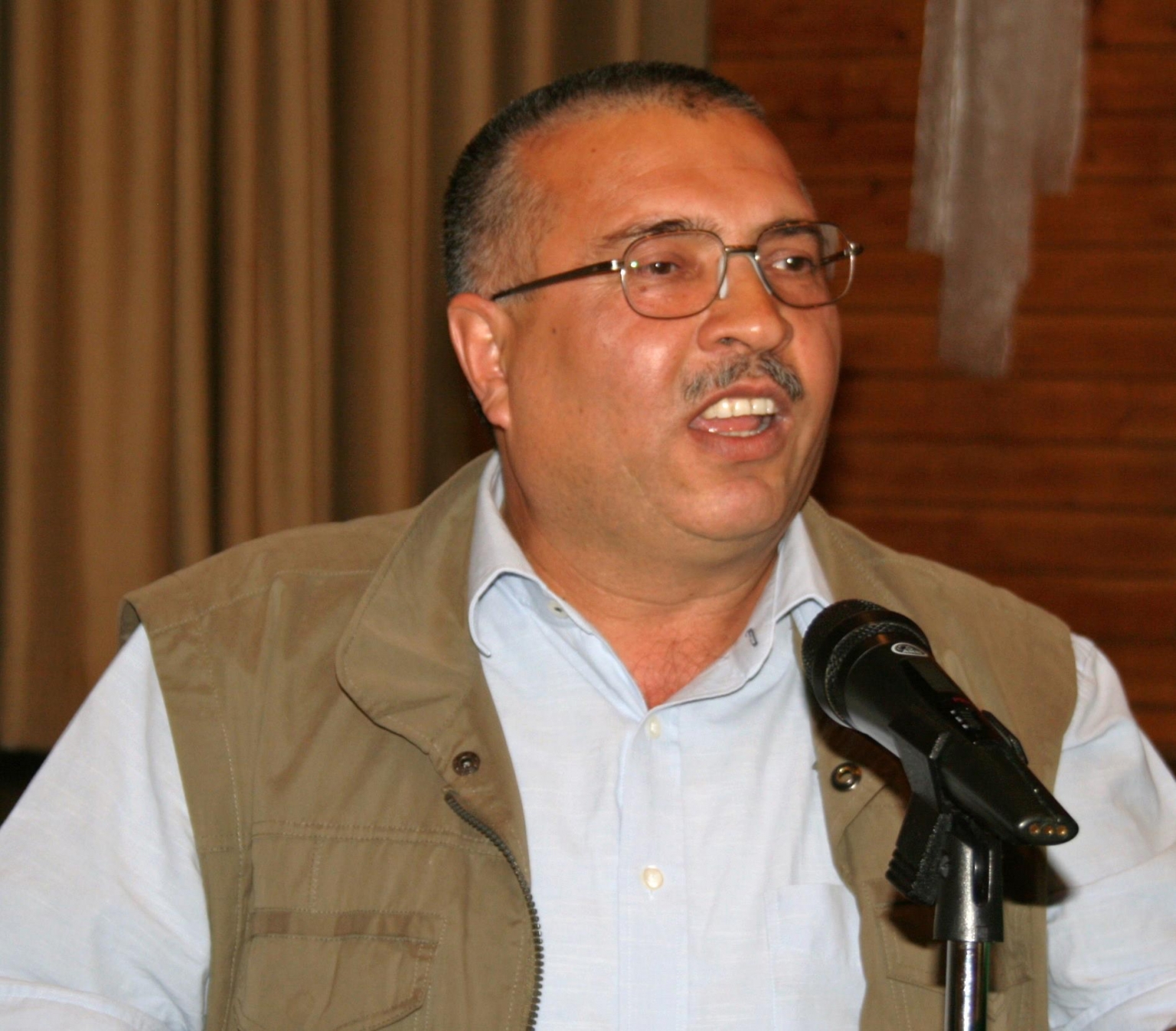 His lecture courses, for instance on South Asia emphasizing Afghanistan and Pakistan, with appropriate titles like “Afghanistan, Yesterday, Today and Tomorrow”, “Afghanistan at the Crossroads,”, “The Taliban’s Resurgence and its Impact on Pakistan”, “Religion and Politics in Pakistan”, “Modern Afghanistan: from Monarchy to Anarchy (1880-2010)”, “Non-violence, the Pashtoons and the ‘Frontier Gandhi’”, “The Genesis of Pakistan and Developments since 1947”, “Islam in Medieval South Asia”, “Pak-Afghan Relations from 1947-2012”, “Pakistan: Past, Present and the Future”, “Pashto as a Spoken Language” have extended the syllabus of the History Department at SAI and increased its attraction for students exponentially, with participants from all disciplines, transcultural studies, and exchange students. Further, through participations in workshops and conferences, as well as interviews with the press, Prof. Shah is a prominent figure on the regional and national arena. And consequently, the Allama Iqbal Professorship has acquired considerable status.

Dr. Shah participated in many group discussions on the rising tide of militancy in South Asia and being himself from that area has an in depth knowledge and expertise on the present situation in Afghanistan and the tribal areas of Pakistan.

Prof. Dr. Sayed Wiqar Ali Shah, Dean Faculty of Social Sciences (QAU) and a former Allama Iqbal Chair Professor at the South Asia Institute (Sep 2009- Aug 2014), presently on the Alexander von Humboldt fellowship, held this talk on the Khudai Khidmatgars, Abdul Ghaffar Khan (Bacha Khan), non-violence in the Pashtoon society and its impact on the region. Dr. Shah emphasized on the relations between Mahatma Gandhi and Abdul Ghaffar Khan with focusing on the last phase of the partition of India and the agony of the Khudai Khidmatgars when they were left in lurch by their Congress comrades and “thrown to the wolves”.

In continuation of the 50 years celebrations of the South-Asia Institute at the Heidelberg University, a Pakistan Celebration day on  the 25th of May  2012 was celebrated.  The newly appointed ambassador of Pakistan to Germany, Mr. H.E. Abdul Basit visited the South Asia Institute.

“Mother” in the Poetry of Allama Iqbal and Abdul Ghani Khan

Our national poet, Allama Mohammad Iqbal (1877-1938) was very fond of Heidelberg, where he spent some time learning the German language and Philosophy while preparing for his PhD defense at the University of Munich.  He commented about Heidelberg stating: “My stay in Heidelberg was like a beautiful dream”. To commemorate the residence of the famous poet in Heidelberg, one of the banks of the Neckar was named after him. Moreover, there is a small stone monument on which his poem “Ek śām Nekar ke kināre” (Greeting to the Neckar) is engraved.

Prof. Shah gave a very lengthy talk on “Mother” in the poetry of both Iqbal and Ghani. He elaborated upon the views of both great poets regarding their “Mother” and cited from their respective poetry. Very few people are aware of the fact that while Iqbal’s mother died in old age, Ghani did not enjoy his mother’s affection and love in his childhood because she died in the famous Cholera/Influenza epidemic which hit India in early 1919 and when Ghani was only six years old. Ghani Khan composed his verses keeping in view the childhood memory of his mother which attracted the participants of the esteemed seminar.

Relief Goods for the Flood Victims

from the members, friends and patrons of South Asia Institute (University of Heidelberg), Deutsche Pakistanischen Gesellschaft (Karlsruhe) and the Heidelberg City (Germany).

The monsoon weather in 2010 (27th July- 30th July) brought heavy rainfall to Pakhtunkhwa which resulted in devastating flash floods in most parts of rivers Kabul, Swat and the Indus basin. These were the worst floods in the history of the region. Malakand and Peshawar divisions were the worst affected areas: it included the districts of Swat, Shangla, Malakand, Dir, Kohistan, Peshawar, Nowshera and Charsadda. 20 million people were affected from these floods, 1600 people died, crops destroyed and infrastructure devastated.

Germany decided immediately to help the flood victims. After thorough discussions, the South Asia Institute, University of Heidelberg, launched the campaign for the donations to help the flood victims of Pakistan. The urgent need was for food, clean drinking water and medicine. Prof. Shah was on his way to Pakistan and decided to get fully involved in the relief activities by spending money collected on the purchase of essential food items.

On 20th August, Prof. Shah had a meeting with Dr. Eckart Würzner, the Lord Mayor of Heidelberg who promised his full fledged support. He generously contributed to the purchase of the food items and also promised that he would be helping the flood victims by adopting some long term measures i.e. help in the reconstruction of houses in the affected region. Relevant authorities were approached in Pakistan and contacted and the following items of food were purchased in Peshawar i.e. flour, sugar, rice, lentils, cooking oil and tea. Everything was packed in parcels and distributed among flood victims of Swat (Batkhela) on the 5th of September, 2010 where Prof. Shah personally went to these flood-driven areas. An estimated  6000 people benefitted from this package.

On Wednesday, 28th of April 2010, Pakistan’s Ambassador to Germany, Mr. Shahid A. Kamal visited the Heidelberg University and the SAI. He also met the Bürgermeister (Mayor) of Heidelberg, Dr. Joachim Gerner who promised to promote the friendship relations between Pakistan and Germany.

Dr. Shahid Kamal also later met Pakistani students in Heidelberg and briefed the students on Pak-German relations in the field of education. He said that efforts were under way to get increased the number of scholarships for Pakistani students as well as setting up of links between campuses of German and Pakistani universities in the field of research. He informed that a Centre of Excellence was being set up in Islamabad with the help and cooperation of Technical University of Berlin in the field of Nano Technology.